Sometimes, it will look like there is more than one possible edge to follow around the sides of the bill. How should you know which line to choose?

Ducks are particularly awkward, because there will often be two or three possible lines you could follow. Ducks may also have comb-like structures called pectines at the side of the bills, used when filter-feeding. The scanner can’t always make out the fine details of the comb, so can look like it’s been blended together in to one surface, as seen here:

When marking ducks, it’s often very helpful to do an image search for the species you are working on, so you can see exactly where the bill goes. Also, you should:

Here’s an example on the Northern Shoveller Duck, Anas clypeata. 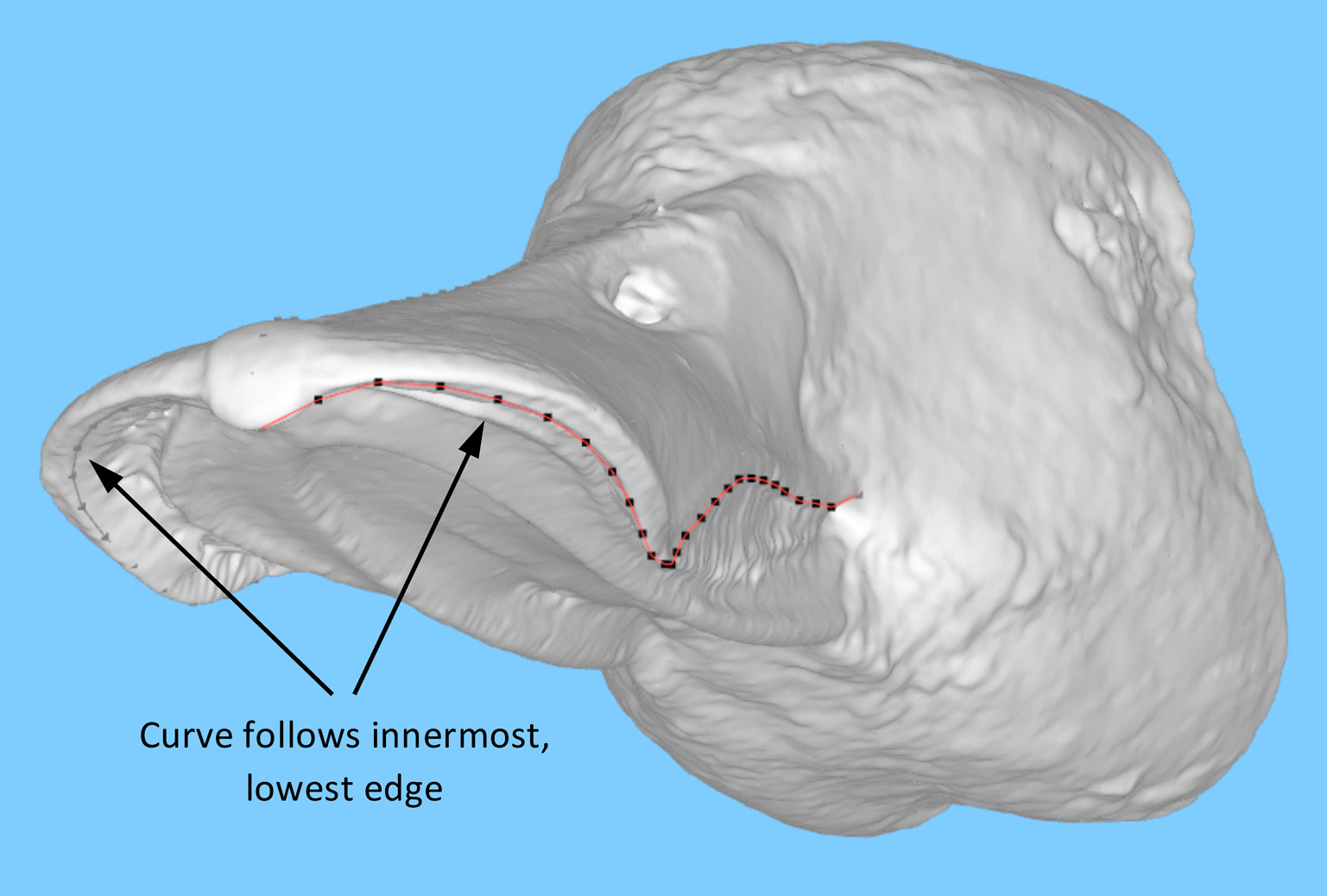 Finches are the poster child for bird evolution. They’re also a bit of a pain to scan, because they tend to have dark, shiny beaks and feathers around the corners of their mouths. Their bills also downturn sharply before they meet the feathers, but confusingly they have a ridge going in the opposite direction! We’d like you to follow the downturned line, and watch out for feathers covering up the edges! The example below is a Cuckoo-finch, Anomalospiza imberbis. 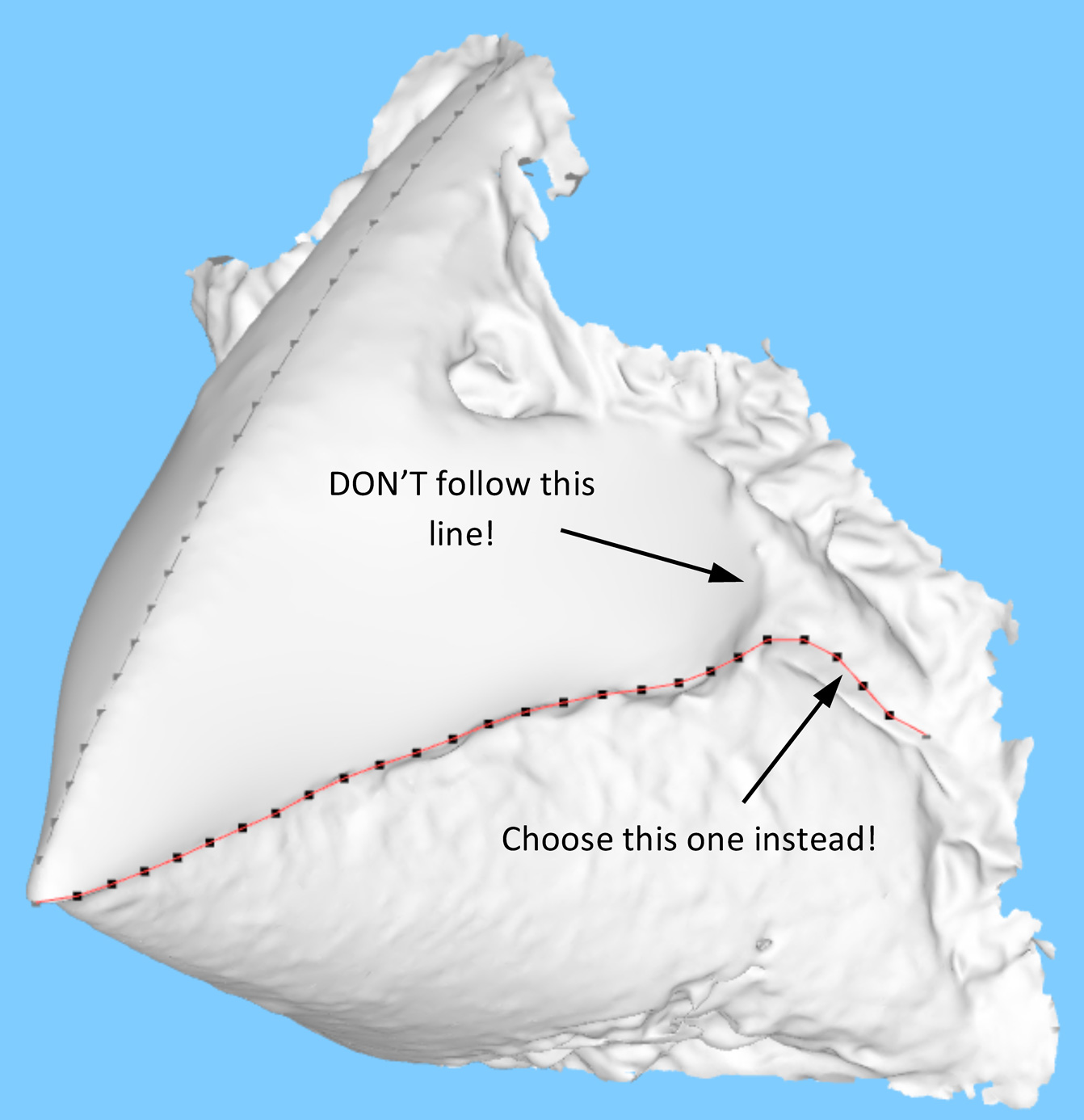 Hummingbirds, like this Great-billed Hermit (Phaethornis malaris), have bills that are long and thin for probing in to flowers. Often, the upper bill will wrap around the lower bill at the sides. The fact that the bills are so long and thin can make it difficult to work out where you are, and it can be tricky to rotate the models. If you take your time identifying where the edge goes before you start adding markers, then you should be OK. Don’t worry if you make a mistake, that’s what the “undo” button is for!

Some birds, like this Rufous Motmot (Baryphthengus martii) have serrated edges to their bills. We’d like you to try and capture these features as well as you can when you place your points. The computer will then convert your points so that there are 25 new points spaced equally along the edge curve. This automatic step may result in some loss of detail, but the better your curve is, the better the automatic curve will be! 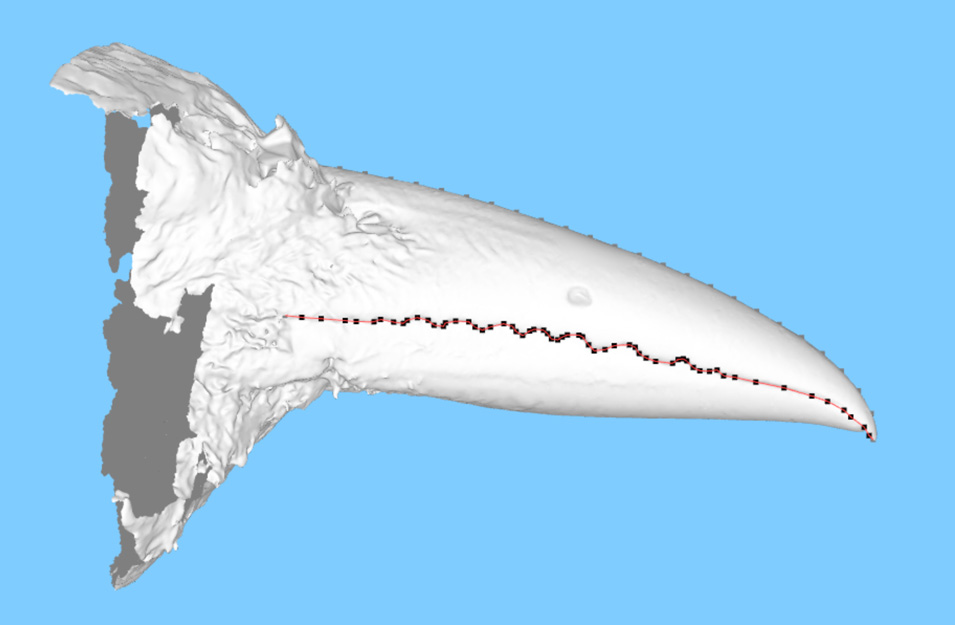